There are many processes being studied to capture carbon dioxide from flue gas after a fossil fuel (e.g., coal, natural gas, or oil) is burned with air to produce electricity. The following graph (1) shows the dramatic increase of carbon dioxide in the atmosphere over roughly the last 100 years compared to the previous 800,000 years. This is mostly due to the burning of fossil fuels for energy. 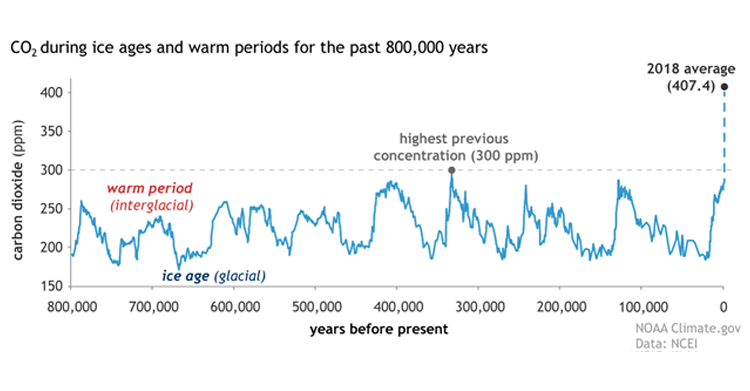 For the past several years, @OLI Systems has been collaborating with SRI International to develop their Mixed-Salt Process (MSP) to capture carbon dioxide using ammonia and potassium carbonate (2). Some advantages of this process include lower energy use and low cost industrially available chemicals that do not decompose. The goal is to capture 90% of the carbon dioxide in the flue gas at a 99% carbon dioxide purity, while also keeping ammonia emissions, cooling, and heating as low as possible.  OLI Systems has used OLI’s Flowsheet Simulator (OLI Flowsheet: ESP) Platform V10 and the Mixed Solvent Electrolyte (MSE) thermodynamic framework to model and optimize several different flowsheet configurations.

OLI’s MSE framework (3) incorporated in OLI Software Platform V10 is used to calculate all the thermodynamic properties that are needed: speciation, vapor-liquid equilibria, solid-liquid equilibria, enthalpies, heat capacities and densities. It has a complete database for many carbon capture systems, including the mixed-salt system: water – ammonia – carbon dioxide – potassium carbonate. The following two plots show a comparison of MSE predictions to experimental data for the key water – ammonia – carbon dioxide ternary at 80 °C. Many more plots like this at other isotherms and for many other systems are available in the form of validation spreadsheets. 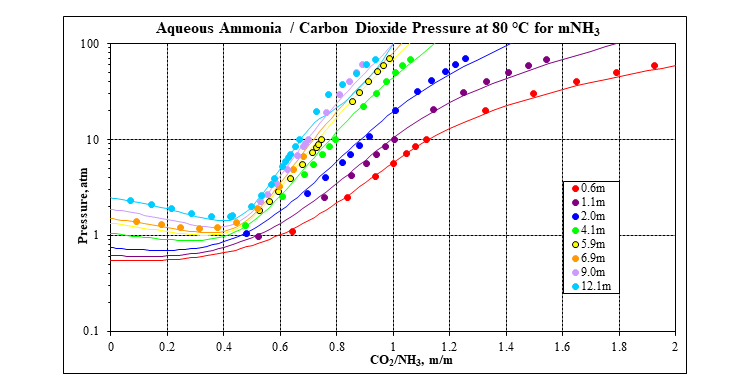 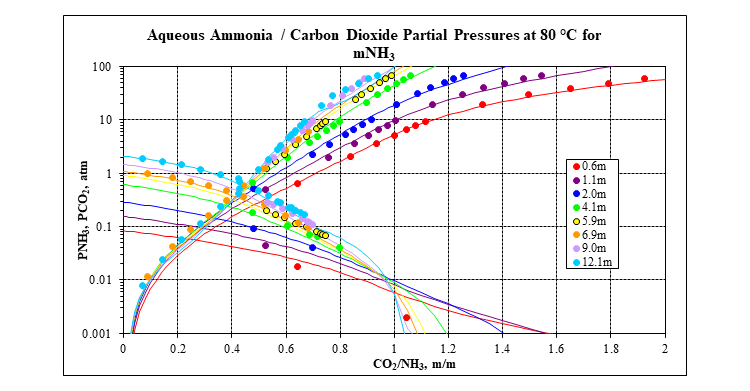 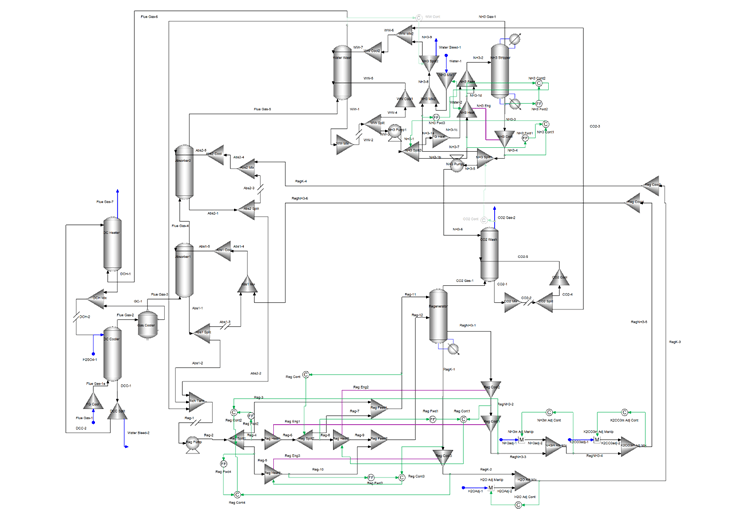 The bottom of both absorbers, rich in carbon dioxide, enter the rich/lean heat exchanger system. This system is modeled using splitters, mixers, energy connections, and controllers. The goal is to maximize the heat recovery, so the regenerator reboiler duty is as low as possible. The heated absorber bottoms streams enter the regenerator where the carbon dioxide is stripped to produce two carbon dioxide-lean streams. These two streams, an ammonia-rich and a potassium-rich are recycled back to the absorbers. Several controllers are included to provide makeup and/or to adjust the flow and ammonia/potassium concentrations of the recycle streams.

OLI’s Flowsheet Simulator Platform V10 provides an efficient way to optimize carbon capture processes. This includes the ability to easily investigate the effect of many variables: 1) different flue gas rates and compositions, 2) different solvents such as amines, 3) configuration modifications, 4) flow rate and concentrations of the solvent recycle streams between the absorbers and regenerator, and 5) other flow rates as well as pressures and temperatures.

What tools are available to design/simulate carbon capture processes?

The @OLI System’s thermodynamic property package which is based on the MSE model, is available in OLI Studio V10 and OLI Flowsheet ESP V10.