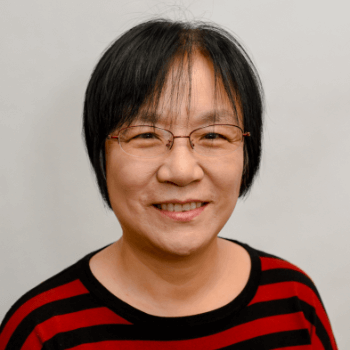 Mercury is a highly toxic pollutant that occurs naturally in soil and rock throughout the earth’s crust, including the formations that comprise oil and gas reservoirs. Mercury can be released into environment through volcanic eruptions, weathering of rocks, forest fires, and volatilization from the ocean. The growth of industrialization in the past century has produced rapid increases in anthropogenic mercury emissions. Widely recognized sources of anthropogenic mercury releases to environment include coal burning, mining, smelting, production of iron and non-ferrous metals, cement production, incineration of medical waste, dental amalgam, chlor-alkali production, and waste from consumer products. Mercury exists in several forms: elemental (metallic) mercury, inorganic mercury compounds, and organic mercury compounds. The level of toxicity varies with the forms of mercury [1]. As the only common metal in liquid form at ambient conditions, mercury and its compounds behave exceptionally in the environment compared to most of the other heavy metals, due to their unique properties including high volatility and capability for methylation to form considerably more toxic methylmercury that can be accumulated in aquatic food chain and in living organisms. In addition to the environmental and health concerns, the presence of mercury in many industrial processes poses technical challenges by causing corrosion through liquid-metal embrittlement (LME) with metals leading to equipment damages and by fouling and plugging of equipment due to precipitation as insoluble salts [1].

Specifically, mercury poses detrimental effects in oil and gas industry. As a naturally occurring element, mercury is present in virtually all oil and gas reservoirs, largely as elemental (metallic) or inorganic compounds (e.g. mercury sulphide and mercury chloride). The concentration of mercury in crude oil and natural gas is highly dependent on geologic location and varies between approximately 0.01 ppb and 10 ppm (mass). Mercury levels in each stage of extraction and transformation process also vary because it distributes unequally among the vapour, condensate and aqueous phase depending on the pressure and temperature. In refining processes, mercury can cause serious issues through amalgamation with other metals, poisoning of catalysts, and cracking (LME) with metals such as aluminum. Of particular concern are LNG & LPG cryogenic heat exchangers made of aluminum alloy [1,2]. Mercury species from crude oil may accumulate in processing equipment over time, and cause many operational concerns as well as issues relating to Hg exposure of personnel during maintenance.

Thus, development of technologies for effective mercury removal from environment and from industrial process streams such as those in the oil and gas refining operation is of utmost importance and has attracted widespread attention from scientific and engineering communities. Knowledge of mercury chemistry and properties including solubility, volatility, and reactivity are the key to understanding and predicting the potential adverse effects of mercury on environment and on the industrial processes in which it is present, and to developing technologies for mercury risk management and removal. Thermodynamic modelling and process simulation provide efficient tools for these purposes.

OLI has developed advanced technologies based on its proprietary thermodynamic model, the Mixed-Solvent Electrolyte (MSE) model [3]. The model provides accurate prediction of mercury partitioning in vapour, aqueous, and oil phases, so that its optimal removal conditions can be determined through process simulation.

The most prevalent forms of mercury found in oil and gas reservoirs and in refineries are elemental (metallic) mercury which can react to form mercuric sulphide (HgS) and other forms of inorganic mercury during production and processing. The current OLI simulation tools thus provide solubility predictions for:

How reliable is OLI’s simulation for predicting mercury properties?

The OLI model for mercury removal predictions has been developed based on detailed analysis of the chemistry and systematic evaluation of the experimental mercury solubilities in the key components of the process streams listed above. It predicts accurate results of the solubility of elemental mercury and how it partitions between liquid and vapour and between liquid hydrocarbon and aqueous phases. The effects of temperature, pressure, and composition of mixtures on the mercury portioning can also be predicted. Shown in Fig. 1 is the solubility of Hg0 in water as a function of temperature and pressure. Predictions of the Hg0 solubility in vapor and liquid hydrocarbons are demonstrated in Fig. 2 and 3 for C4H10. The predicted results are in good agreement with literature data within the experimental uncertainties. The accuracy of the model in predicting solubilities of inorganic mercury compounds in aqueous solutions are demonstrated in Fig. 4 for HgS.

It is worth noting that OLI has developed unique sets of thermodynamic model parameters for each group of solvents that allow predicting Hg0 partitioning in the liquid and vapour phases. These parameters are established based on available experimental data in each of solvent groups, and enable predicting solubilities in a solvent for which experimental data are not available. Solubilities of mercury have been compared for solvents from the same group (e.g. alkanes with different carbon numbers) and among different groups of solvents (e.g. alkanes, alcohols, and water) with general regularities that have been well reproduced [4]. Illustrated in Fig. 5 are the Hg0 solubility in n-alkanes as a function of carbon number at different temperatures. Particularly, the MSE model with such parameters can be applied when pseudo-components are introduced in process simulation.

How the OLI model can be used for predicting mercury distribution and removal?

The model can predict mercury distribution in mixtures of hydrocarbons and other components. Demonstrated in Fig. 6 are the predicted Hg0 distribution among vapor, aqueous, and hydrocarbon phases and the dropping out condition in the gas mixture containing primarily CH4 with other hydrocarbon components as well as water, CO2 and N2. The predictions can be made by varying pressure, temperature, and composition of the mixtures to show how mercury distribution and dropping out may be affected by changing conditions. Such results can provide valuable information for predicting conditions for the most efficient mercury removal.


What tools are available for predicting effective mercury removal?

The OLI System’s thermodynamic property package, which implements the MSE model with the capability of predicting mercury distribution and removal is available in OLI Studio and OLI Flowsheet ESP.