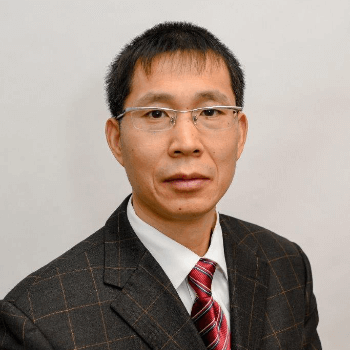 The specifications for transportation fuels, specifically gasoline and diesel, are changing significantly on worldwide basis in the past decade. In the US, effective January 1, 2017, the Tier 3 light-duty vehicle emission rule requires a reduction in sulfur content in gasoline, from the past 30 ppm average to 10 ppm average [1]. On the other side, processing different sources of crude oils leads to increase sulfur carryover to desulfurization and demercaptanization units in refineries worldwide. In order to meet product ultra-low sulfur specifications and for environmental compliance, the liquefied petroleum gas (LPG) treatment plant has an essential role in a refinery regardless of the declining margin of the product itself.
The Merox Process is a proprietary UOP technology dating back to 1958 that selectively sweetens petroleum products by oxidizing mercaptans into the sweeter disulfides which remain in the product, leaving the total sulfur content the same. The treatment process, sometimes knows as a sweeten process, involves the liquid-liquid extraction of the mercaptan (RSH) in LPG with a caustic solution and is much cheaper to install than a hydrotreater, which actually lowers the sulfur content. The resultant disulfides are separated, and the caustic reused for extraction. The sulfur content of the extracted hydrocarbon is reduced.

Mercaptan, or thiol, is a sulfur-based component that is naturally occurring in both crude oil and natural gas, mainly as an impurity. It is analogous to an alcohol in chemical structure; and, indeed, there are many similarities in physical and chemical properties. It is a sulfur equivalent of an alcohol with the generic formula R-SH, where R represents an alkyl or other organic group. This change confers to mercaptan molecule’s distinct chemical and physical properties. It has a particularly foul odor, a more acidic character compared to its alcohol counterparts, due to sulfur atom’s stabilizing effect. Mercaptans, however, are only slightly acidic, and this acidity is reduced as the molecular weight of the mercaptan increases. Relative to alcohols, mercaptans are more acidic. Therefore, mercaptanate salts can be created by treating mercaptans with alkali hydroxides, such as NaOH. Furthermore, unlike hydrogen sulfide, mercaptans can come in many different forms—methyl mercaptan, ethyl mercaptan, propyl mercaptan, butyl mercaptan and other branched and more complicated variations. All these mercaptans in lighter feeds are converted to disulfides which remain in the sweetened hydrocarbon product in an alkaline environment.
In addition, mercaptan has weaker intermolecular forces. It shows little association by hydrogen bonding with water molecules or among itself. Mercaptan has lower boiling points and is less soluble in water and other polar solvents than alcohols of similar molecular weight. Therefore, mercaptans will have higher equilibrium vapor pressure and will be more soluble in hydrocarbon phases. Due to lower boiling point, some mercaptans are also gaseous at ambient conditions.
A knowledge of the thermodynamic properties and vapor-liquid equilibria, vapor-liquid-liquid equilibria of all kinds of mercaptans and disulfides with water and hydrocarbons as well as partitioning of mercaptans in water and hydrocarbon solvents is important because it ensures high mercaptan extraction efficiency, low re-entry of disulfide in the treated products and maximum desulfurization with a minimum caustic circulate rate.

OLI software V11 uses its proprietary Mixed Solvent Electrolyte (MSE) [2] thermodynamic model, which includes the relevant hydroxides, C1-C7 mercaptans and disulfides, and various light and heavy hydrocarbons as well as the interactions between mercaptans, disulfides and hydrocarbons. The software provides the thermodynamic underpinning for modeling how mercaptans can be removed from hydrocarbon streams by utilizing caustic. It is a dramatic improvement over an alternative, experimental-based design.

Knowledge of the phase behavior of systems involving mercaptans and water is necessary to help remove mercaptans from raw natural gas and LPG. As mercaptans are found in very small quantities in crude oil or natural gas streams, the Henry’s law approach is generally used. By definition, the Henry’s law coefficient is defined at infinite dilution. The Henry’s law constant is directly related to the residual chemical potential of the solute at infinite dilution, which is evaluated from the intermolecular potential between one solute molecule and one solvent molecule. Limiting activity coefficient is directly determined from Henry’s law coefficient. There are estimation methods to calculate infinite dilution activity coefficients, but these are inadequate in the absence of consistent thermodynamic data. On the other hand, experimental measurements are expensive and time-consuming especially at extremely low concentrations.
The MSE thermodynamic framework in the OLI Software Platform V11 can accurately predict solubility of mercaptans in water and water solubility in mercaptans. The following figure shows vapor-liquid-liquid equilibrium (VLLE) of propyl mercaptan with water at 1 atm. Because of the partial miscibility, vapor-liquid equilibrium (VLE), liquid-liquid equilibrium (LLE), and vapor-liquid-liquid equilibrium (VLLE) are present on the phase diagram. The concentrations of each phase are calculated and are in good agreement with the experimental data. As temperature increases, the solubility of propyl mercaptan in water increases. In the organic phase, the solubility of water in propyl mercaptan also increases. Modeling of the process requires the knowledge of the behavior of sulfur compounds in hydrocarbons. Information on such systems is scarce. OLI Software Platform V11 has more than 26 pairs of C1-C7 mercaptans with hydrocarbons as wells as estimations of C1-C10 n-alkanes with all these mercaptans. In the following plot of the butyl mercaptan + 2,2,4-trimethylpetane system, butyl mercaptan is a typical organic sulfur compound present in the hydrocarbon streams originating from the fluid catalytic cracker (FCC) and the binary system exhibits positive deviation from Raoult’s law. A maximum pressure azeotrope was found in the system butyl mercaptan with 2,2,4-trimethylpentane (x1=0.548, P=100.65 kPa, T=368.15K). The MSE model shows the same behavior for this binary system as the experimental measurements. In a liquid-liquid extraction process, the overall distribution of a mercaptans between an oil phase and an immiscible alkaline solution is dependent upon two equilibrium factors: (a) the partition of the non-neutralized mercaptan between the two phases and (b) the hydrolysis of the mercaptide in the alkaline phase. Fig. 3 shows two mercaptan partition coefficients in water with isooctane solution without caustic. Kp is the partition coefficient of the non-neutralized mercaptan between the aqueous and oil phases. It is proportional to the solubility of the non-neutralized mercaptan in the aqueous phase. In fig. 3, Kp of propyl mercaptan is larger than that of butyl mercaptan’s. It is apparent that an increase in molecular weight of mercaptan causes a great drop in the water solubility and in the partition of the mercaptan between isooctane and water. The lighter mercaptans are more readily extracted than the heavier mercaptans. In addition, Kp increases as temperature increases which means higher temperature will improve extraction mercaptans from water and isooctane solution. Kq, the over-all mercaptan distribution constant, is of fundamental importance since it may be used to calculate the extent of mercaptan removal from gasoline under specified conditions, such as caustic gasoline volume ratio. It is obvious that the higher the value of Kq, the more complete is the extraction of the mercaptan from the oil phase by the aqueous alkaline phase. Comparison of Fig. 3 and Fig. 4 shows that the over-all extraction constant, Kq, becomes larger in the presence of sodium hydroxide. Propyl mercaptan has a larger Kq than butyl mercaptan which the same trend as in Fig. 3. An increase in the sodium hydroxide concentration improves the extraction of mercaptans but not in proportion to the increased hydroxide concentration. This is due to the salting-out of the unneutralized mercaptan from the aqueous phase by the NaOH. Effect of temperature and “solutizers”

Fig. 5 shows effect of temperature on extraction mercaptans. Kq increases appreciably as the temperatures decrease. A decrease in the extraction temperature increases the degree of removal of mercaptans from the oil phase.
In Fig. 5, Kp is larger in isooctane than in butane at the same concentration of NaOH which means that propyl butane is easier to extract from an isooctane oil phase. What tools are available for mercaptan chemistry?

OLI Systems’ simulation technology, which is based on the MSE model, is available in OLI Studio V11, OLI Flowsheet ESP V11, OLI Cloud APIs and other OLI software products.