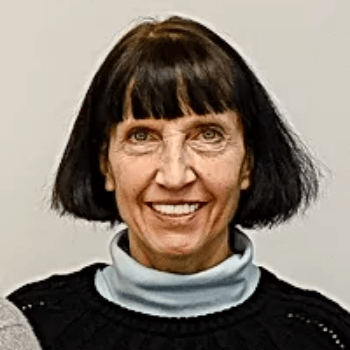 What is sulfur dioxide and how does it get into the air?

Sulfur dioxide (SO2) is produced by the combustion of fossil fuels and appears in many industrial processes such as gasoline refining as well as cement, paper, glass, steel, iron and copper production. SO2 emissions are a primary contributor to acid rain and have been regulated by every industrialized nation in the world.

Also, emissions that lead to high concentrations of SO2 generally also lead to the formation of sulfur trioxide, SO3. Specifically, SO2 can further oxidize to SO3 when excess oxygen is present and gas temperatures are sufficiently high. SO3 forms a liquid aerosol known as sulfuric acid (H2SO4) mist that is very difficult to remove. Generally, about 1% of the sulfur dioxide is converted to SO3.

What are the harmful effects of SO2 for health and environment?

SO2 can affect both human health and the environment. Short-term exposures to SO2 can harm the human respiratory system and make breathing difficult. Sulfur oxides (SOx) can react with other compounds in the atmosphere to form small particles. These particles contribute to particulate matter (PM) pollution. Small particles may penetrate deeply into the lungs and in sufficient quantity can contribute to health problems.

People with asthma, particularly children, are sensitive to these effects of SO2. On the other hand, SOx can contribute to acid rain which can harm sensitive ecosystems. At high concentrations, gaseous SOx can harm trees and plants by damaging foliage and decreasing growth. It may also cause haze in parts of the US including many of our treasured national parks and wilderness areas. Deposition of particles can also stain and damage stone and other materials, including culturally important objects such as statues and monuments.

What is being done to reduce SO2 pollution?

I. Reduction of SOx pollution: EPA’s standards
Environmental Protection Agency’s (EPA’s) national ambient air quality standards for sulfur dioxide (SO2) are designed to protect against exposure to sulfur oxides (SOx). SO2 is the component of greatest concern.

EPA’s national and regional rules to reduce emissions of SO2 and pollutants that form sulfur oxides will help state and local governments meet the Agency’s national ambient air quality standards (NAAQS). EPA identifies areas where the air quality does not meet EPA SO2 standards. For these areas, state, local, and tribal governments develop plans to reduce the amount of SO2 in the air. The current primary standard is set at a level of 75 parts per billion (ppb), as the 99th percentile of daily maximum 1-hour SO2 concentrations, averaged over 3 years.

II. SO2 removal processes: What is flue-gas desulfurization?
Sulfur dioxide removal or flue-gas desulfurization (FGD) is a set of technologies used to remove and control SO2 from exhaust flue gases in coal, oil, and waste-to-energy power stations. The technologies vary depending on the amount of SO2 involved, the solution being used to absorb the SO2, and the particular equipment used in the absorption tower. SO2 is removed from flue gases by a variety of methods, the common ones being:

Wet scrubbing methods, which utilize a slurry of an alkaline sorbent produce a great amount of liquid and solid waste, which has to be handled in a responsible way. In wet scrubbers, alkaline reagents absorb and neutralize SO2 producing slurries of metal (Ca, Mg) sulfites as byproducts. As a result, a slurry is being circulated through the scrubber, which may cause operation problems. In the case of limestone (the cheapest alkaline reagent), Ca sulfite (CaSO3) slurry and carbon dioxide (CO2), a greenhouse gas, form. For every ton of removed SO2, 0.7 tons of CO2 is produced! A newer process called a limestone forced oxidation (LSFO) is based on wet limestone scrubbing which produces a commercial product, gypsum (CaSO4.2H2O), and reduces scale and the byproduct handling equipment. In LSFO, air is added to the reaction tank which oxidizes the spent slurry to gypsum. However, LSFO requires additional blowers which increase the capital and costs of the system.

When caustic soda neutralizes SO2, an aqueous solution of Na sulfites forms depending on pH and no solids precipitate. However, this process is much more expensive than using slurries of an alkaline sorbent.

Wet limestone scrubbing has high capital and operating cost due to the handling of liquid reagent and waste. Nonetheless, it is the preferred process for coal-fired electric utility power plants burning coal due to the low cost of limestone and SO2 control efficiencies up to 97.5%.

For a typical coal-fired power station, wet scrubbing FGD methods will remove 90-97.5% of the SO2 from the flue gases. The lowest efficiency (below 80%) is achieved by dry scrubbers but the newer designs for dry scrubbers are capable of achieving efficiencies on the order of 90%.

According to EPA-452/F-03-034 Air Pollution Control Technology Fact Sheet, approximately 85% of the flue gas desulfurization units installed in the US are wet scrubbers, 12% are spray dry systems and 3% are dry injection systems. However, the highest SO2 removal efficiencies (above 99%) are achieved by ammonia-based FGD technology.

Relatively recently, ammonia-based systems are emerging as a viable alternative to address limitations of the most widely used wet limestone or lime-based FGD systems with respect to liquid and solid waste generation and handling. Efficient ammonia-based desulfurization technology (EADS) does not generate any liquid waste streams or undesirable solid byproducts that require disposal; rather, the closed-loop process produces a salable ammonium sulfate fertilizer byproduct which can reduce the operating cost by more than 50 percent (Lu and Mclinden, 2022) and is the most utilized fertilizer or fertilizer component in the word. EADS is more efficient, consumes less power, and is a zero-liquid-discharge process. Most importantly, EADS generates zero greenhouse gas. Also, capital costs for EADS and LSFO systems are similar.

A simplified description of the EADS process is as follows: Ammonia (NH3), flue gas (SO2), oxidizing air (O2) and process water enter an absorber containing multiple levels of spray nozzles, which generate fine droplets of NH3-containing reagent to ensure close contact with incoming flue gas. The SO2 in the flue gas stream reacts with ammonia in the upper half of the vessel to produce ammonium sulfite ((NH4)2SO3). The bottom of the absorber vessel serves as an oxidation tank where air oxidizes the ammonium sulfite to ammonium sulfate ((NH4)2SO4). The resulting ammonium sulfate solution is pumped back to the spray nozzle headers at multiple levels in the absorber. Prior to the scrubbed flue gas exiting the top of the absorber, it passes through a demister that coalesces any entrained liquid droplets and captures fine particulates.

In 2016, China became one of 194 signatories of the United Nations Framework Convention on Climate Change held in Paris (Paris Agreement). During this conference, the Chinese government announced that it would cut pollution from coal-fired plants by 60%. The basic EADS process described above has been installed in more than 150 power generation, chemical, sulfur recovery, and steel plants in China, demonstrating SO2 removal efficiencies greater than 99% and SO2 concentrations in the treated flue gas down to 17 ppm.

There is an interest in the scientific world to apply and improve the efficiency of the ammonia-based desulfurization process. These studies are related to recovering sulfur from the Claus process tail gas (Tang et al., 2017) and also to removing SO2 and recycling NH3 in an ammonia-based CO2 capture process (Li et al., 2014). In both studies, EADS technology is used as the most promising one.

Applicability of the MSE model to EADS technology

In ammonia-based flue gas desulfurization process, aqueous solutions of NH3 and SO2 containing ice and inorganic salts such as various ammonium sulfites have to be treated. Therefore, reliable models are necessary to design, optimize, increase efficiencies and lower environmental contaminations.

OLI’s Mixed-Solvent Electrolyte (MSE) model available in OLI software platform V11 provides an accurate tool to reproduce phase and chemical equilibria in the NH3-SO2-H2O system, which is the foundation of the EADS technology. The model is based on OLI’s MSE thermodynamic framework (Wang et al., 2002).

The parameters of the MSE model for the NH3-SO2-H2O system were determined using open-literature experimental data in substantial ranges of temperature, pressure and concentration. The experimental data consisted of VLE data such as P-T-x data, SLE data such as solubilities of various sulfites as a function of temperature in binary and ternary systems and speciation data such as the distribution of various sulfite aqueous species as a function of salt concentrations. Experimental data were carefully explored and critically evaluated and the MSE model parameters were developed. These parameters are included in the MSE public databank and consist of thermodynamic properties of all aqueous (ionic and neutral) species and solids that may form in this system and interaction parameters between various aqueous species. The accuracy of the OLI model is shown below.

Figure 1 shows VLE in the NH3-SO2-H2O system. Specifically, it shows a total pressure in this system as a function of SO2 concentration (in molality) at four temperatures for a constant concentration of NH3 equal to 3.2 m. The solid lines show predictions of the MSE model, which reproduces the complex trend of experimental pressures (open circles) quite well.

While the above plots show solid-liquid equilibria expressed as solubilities of specific sulfites in binary and ternary systems, a more generalized picture of the same solubilities is shown in the following NH3-SO2-H2O diagram.

Figure 4 shows all stable sulfite solids that may exist in the NH3-SO2-H2O system at four temperatures. The dashed lines show the conditions at which ammonium sulfite monohydrate is stable and the solid lines show the formation of ammonium metabisulfite at the same temperatures. Our model is capable of reproducing a convoluted trend of experimental solubilities (open and semi-open symbols) in this system.

The distribution of two ionic bisulfite species, i.e., HSO3- and S2O5-2, was obtained from attenuated total reflectance (ATR)-IR spectroscopic and calorimetric investigations of the Na2S2O5-H2O system by Ermatchkov et al. (2005). The molalities of HSO3- (pink circles) and S2O5-2 (blue circles) are shown in Figure 5 as a function of Na2S2O5 molality at 39.9oC. Considering that it is rather difficult to reproduce speciation in various chemical systems, the predictions are accurate.

What tools are available for simulating the ammonia-based FGD chemistry?